A West Lothian community looking to take control of its own future has become the first in the area to receive a Scottish Land Fund award. Kirknewton Community Development Trust today (8 September) receives £60,000 to purchase 0.31 hectares of land at Camps Junction, Kirknewton, West Lothian.

Ownership of the land will enable the community to develop the site to provide new, low-energy, affordable houses which will be made available for local older people to rent.

Following a survey of older people’s housing needs in June 2014, it was found that many people in Kirknewton were unable to access amenity or social housing thereby increasing the likelihood that they would have to move out of the area or remain in homes that were too big for them in later years.

Stressing the importance of today’s Scottish Land Fund award, Stewart McKenna from Kirknewton Community Development Trust, said: “We have ambitious plans to build genuinely sustainable houses each with annual energy bills lower than the current £200 winter fuel allowance. Buying this small plot of land is the first step towards achieving that goal and we are honoured by the confidence accorded to us by this generous award from the Scottish Land Fund.”

If you wish to contribute time, expertise or funding to the project please contact CEO Tony Foster at tonykirknewton@gmail.com, 01506 883988

Minister for Land Reform, Aileen McLeod, said: “It is great news that the latest round of awards from the Scottish Land Fund will help seven communities in Aberdeenshire, Highlands, North Ayrshire and West Lothian bring land in into community ownership. It is particularly pleasing to see the first award being made in West Lothian, where the community have developed plans to develop the site to provide new energy-efficient amenity homes for the elderly.

“These projects, together with the wider Scottish Government work on Land Reform, through both the Community Empowerment Act, and the Land Reform Bill, will support the Scottish Government aim of bringing more land into community ownership by 2020. I am looking forward to watching these communities thrive as they develop the land on which they live and work to realise their goals and ambitions.”

Scottish Land Fund Committee Chair, John Watt, added: “I am delighted that the Scottish Land Fund has been able to make its first award in West Lothian for a social housing project that will bring huge benefits to Kirknewton’s older residents. While the Scottish Land Fund is perhaps best known for some of the huge community buy-outs, much of its work assists communities to buy small plots just like this one. By purchasing this land now, the people of Kirknewton are securing the future of its most elderly residents.”

Kirknewton Community Development Trust is one of seven organisations today sharing in Scottish Land Fund awards totalling £1,201,200. Full details of all successful groups can be found at

The First Minister announced in her Programme for Government that the Scottish Land Fund will be increased to £10 million from 2016-20. 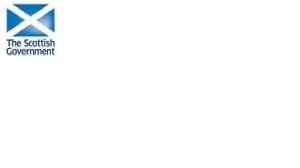